Why We Need a Better VPN

As dueling interests move to control the future of the internet, users around the globe are increasingly turning to VPNs. But what users don’t know is that many VPNs fail to provide the security and privacy that they advertise. It’s time for a product that we can trust — a truly decentralized solution that will deliver an open, inclusive internet free of censorship and data harvesting.

In much of the world, we’re now well into our third decade of online connectivity. In Europe and North America, internet access is now nearly universal. In other nations, the possibilities of an online world are just emerging. But as access to the internet continues to expand around the globe, we’re seeing a troubling pattern: an increasing desire on the part of state actors and big corporations to own and control the internet.

It should come as no surprise that authoritarian regimes want to restrict the internet. From their perspective, the availability of information on the internet poses the greatest threat to control since the advent of the free press. As Ray Bradbury wrote in Fahrenheit 451, “If you don’t want a man unhappy politically, don’t give him two sides to a question to worry him; give him one. Better yet, give him none.”

This is the basic ethos of governments that embrace digital authoritarianism. And it goes well beyond stifling activists and dissidents. Under an authoritarian regime, anyone — journalists, comedians, musicians, and ordinary citizens — can be a target for daring to think differently or speaking out. Throughout the world, we see authoritarian governments attempting to control what types of information their citizens can access on the internet in an attempt to control their consciousness. 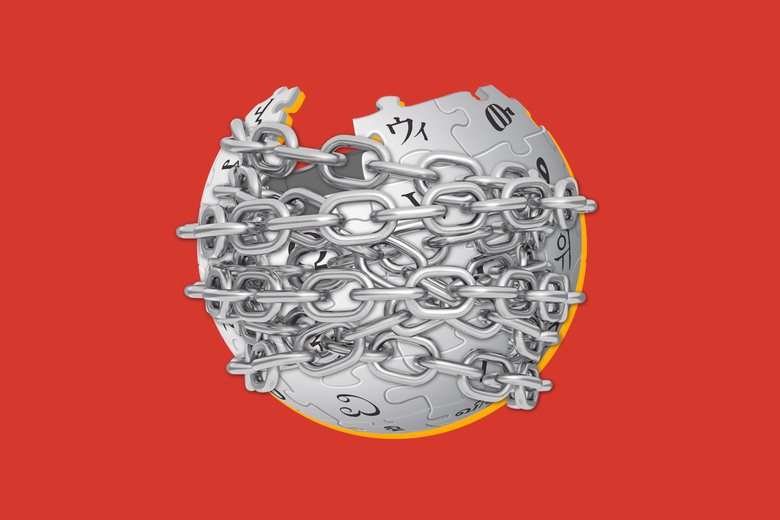 In other places — also fighting for control — we have a corporately controlled internet. This model relies on the idea that in order to access information and connect with others, you have to give up the right to your digital self.

Corporate interests monitor and harvest our every contact and click, exploiting the fact that we rely on the internet for nearly every facet of our lives. They delve deep into our digital selves so that they can commodify our identities. For years, they’ve succeeded with only a whisper of pushback. But recent scandals highlighting the dangers of this model have people paying attention.

By 2017, research and polling showed that Americans no longer trusted the widespread policy of corporate data harvesting:

The desire for a better internet that allows us to communicate and collaborate without censorship or data exploitation is growing around the world. The pincer movement being deployed by authoritarian and corporate interests has people looking to escape these two failed models of the internet, and global citizens are increasingly turning towards technology that helps them regain control of their digital experiences. For many, the solution is the use of a virtual private network (VPN).

The Rise of the VPN

In their most basic sense, VPNs are intended to allow people to access the internet without fear of tracking, censorship, or having their personal information compromised. Because of this, we’re seeing a massive rise in their use.

Approximately 25% of internet users in the world now use a VPN each month. And that rise in users has led to a massive market to capitalize on user demand. Industry reports show that the VPN market is growing by billions of dollars each year, and is projected to more than triple, from $15.46 billion in 2016 to $54 billion by 2024.

Young people are a large reason for this projected increase; 68% of VPN users are under the age of 35. The reasons they’re using these services are relatable to anyone who has the internet. The primary reason people use a VPN is to access entertainment content; the secondary, to gain access to social networks and news.

At its core, this increased usage should be a good thing. People around the world are finding ways to circumvent the restrictive, exploitative nature of the current internet. But the reliance on VPNs to help make a better internet relies on one basic premise: complete trust in the company behind the VPN.

As the market for VPN services grows, consumers are presented with increasing options. We have to ask ourselves: Do each of these services really offer us the security and privacy that a VPN is meant to deliver? Sadly, the answer is no.

The problems go right to the core technology of most VPNs. Today, most VPNs rely on a centralized system, and this structure is inherently impossible to trust. Centralized VPNs are susceptible to firewall blockages and often rely on remaining compliant with governments in order to operate. By their very nature, they can’t provide the user with the benefits desired.

For VPN users in nations with regimes attempting to control the flow of news and information, governments heavily regulate the VPN industry. Operating within many nations means that a VPN provider has to register or get licensed with the government. How is it possible to trust a VPN approved by a government attempting to control and monitor online traffic? For instance, roughly 60% of the top, free VPN services are based in China. Do we have faith that the Chinese government is allowing the services to operate without monitoring user behavior?

In nations where the population enjoys unfettered access to news and information, another threat arises — a lack of transparency on the part of VPN providers. In a study of the world’s 115 most popular VPNs, 26 were found to be keeping tabs on their users. While marketing language may argue otherwise, the business model for many free VPNs is based on the provider harvesting and selling the users’ personal data. Buried in that fine print at the bottom of the terms and conditions is the acquiescence of consent. 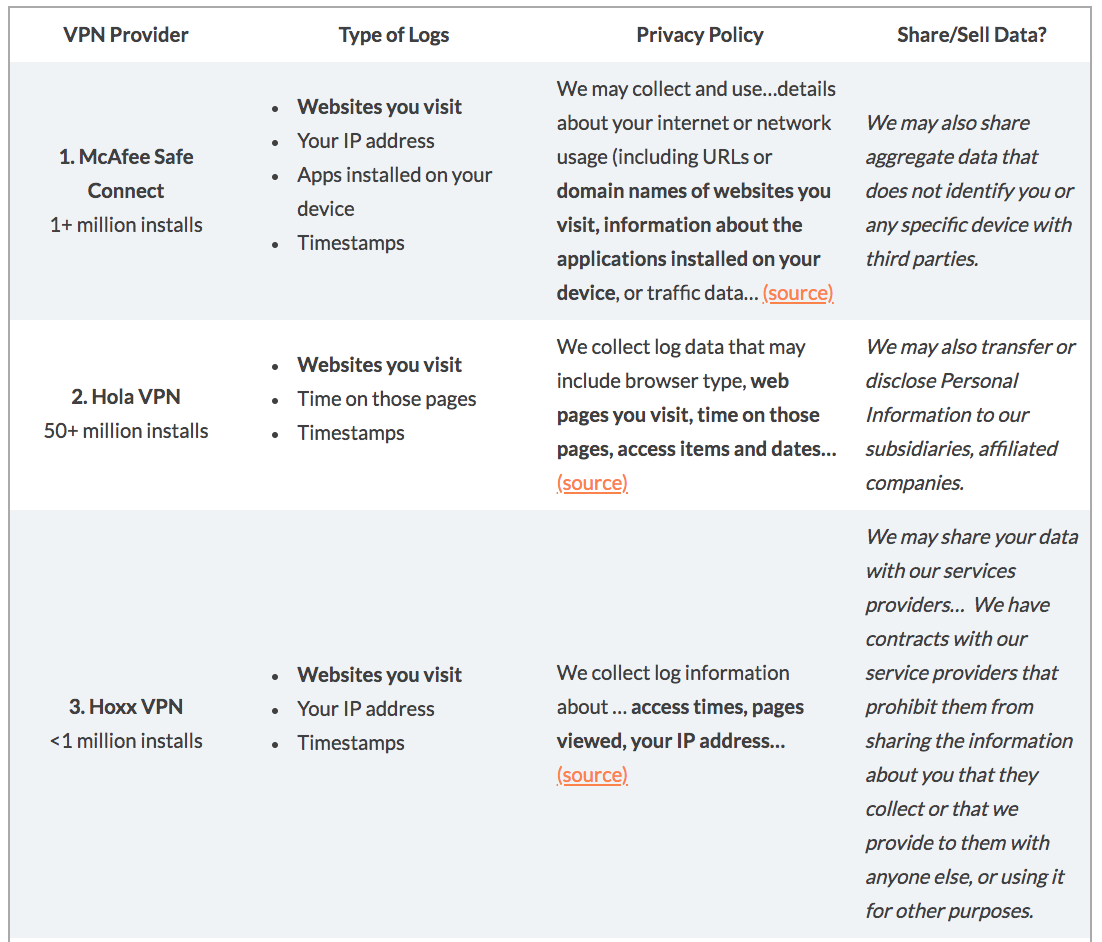 Sold as a way to ensure private, secure browsing, the companies behind VPNs are actually tracking user data related to bandwidth, connection timestamps, IP addresses, and websites visited. Users who rely on services like this are often unaware they are being monitored and tracked. We’re left asking: To whom is the data sold to and for what purpose?

In other words, while internet users are attempting to gain access free of censorship and personal data mining, the services they use to do that are compounding the issue by exploiting their trust. At the heart of this problem is the issue of centralization. A centralized system requires complete trust on the part of the user, and with complete trust comes the ability to exploit it.

Security and protection pose additional threats. The vast majority of VPNs rely on single-hop service, which allows interested parties to discover both where traffic is coming from and where it is going. Traditional VPN traffic also leaves a signature that is relatively easy to spot. For users in countries where attempting to access a news website, like the BBC, or a social network, like Facebook, presents the threat of imprisonment, this is a very real danger.

While there have been genuine attempts to alleviate the above issues via the use of decentralized VPNs, the attempts thus far have fallen short. VPNs featuring the use of decentralized servers have relied on a system of volunteers to act as nodes to power the system. While these services have gained some traction, the lack of volunteers has led to systems that lack the bandwidth, computational capacity, and servers to create a truly secure, private online experience.

As people around the world migrate towards VPNs, the need for a truly decentralized system with the capacity to provide everyone on Earth access to news, entertainment, and communication is increasingly evident.

Over the past year at Orchid, we’ve had our heads down, working to develop a new online experience which delivers to everyone — regardless of geographic location or political reality — the internet they deserve: secure, unrestricted access to information and connectivity free of monitoring and data harvesting.

The world deserves a better internet. At Orchid, we believe that a decentralized solution that eliminates the possibility of authoritarian or corporate control can help provide it. If you believe that everyone on Earth should be able to access the internet and enjoy an online experience free of repression and exploitation, we hope you’ll join us as we work towards that.

Starting today, it only costs $1 to get started with Orchid

What the London hard fork means for Ethereum and Orchid

How people are reclaiming Internet freedom with Orchid, from Dubai to Ukraine to Venezuela